Home » Articles » What Does Your “Love Story” Predict? 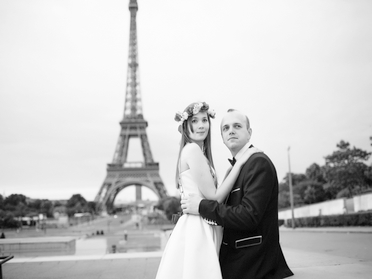 The next time you or your spouse is asked to tell the story of your romance, try to listen as well. Lurking in the narrative are important clues to how the relationship is faring and how it will weather the future.

Was it love at first sight for you and your spouse? Maybe you bumped into him in the produce aisle and had a great conversation about grapefruits. Did you meet her at a party and like the way she didn’t get mad even after you spilled that drink on her? Or maybe you thought the whole thing would never last.

Married couples are often asked to describe that first encounter or candlelight dinner. Most of the time we tell the story without much ado, yet embedded in those narratives may be more than a simple saga of romance. Our stories also contain important clues to what’s right or wrong with our marriages. No matter the details of our courtship, how we relate them not only indicates how the relationship is currently faring, it can also be an amazingly accurate indicator of what’s to come.

These stories have such powerful abilities to predict the future because they communicate something more important than what happened in the past; they also reveal how we feel about these events in the present. Spouses in a marriage that’s now unhappy begin recasting their past times together in a negative light, reports psychologist John Gottman, Ph.D.

He told the American Psychological Society meeting in 1995 that after listening to the oral histories of 52 couples, he could predict with 94 percent accuracy which couples were bound for splitsville and which were in it for the long haul.

Once there is a decline in the quality of the marital relationship, it sets off a downward cascade that is hard to reverse without active effort. Partners may remain unhappily married for a considerable period of time before starting to consider splitting up. Eventually, loneliness sets in and spouses begin to lead parallel lives. As they do, they may become susceptible to the attention of others.

It’s not clear exactly when, but at some point in the downward cascade a “perceptual flip” occurs. Disappointments in the relationship now become easier to recall than the thrills. Fond memories of a luxurious honeymoon in Hawaii may be replaced by recollections of how late he actually was for that first date.

Whether the recasting of history is a sudden or gradual process, the turning point is always marked by the emergence of contempt. When couples view each other as having lasting qualities that they loathe, it’s mighty hard to turn back the tide.

In a stable marriage, “partners talk about their relationship in a very positive way,” notes Gottman, a professor of psychology at the University of Washington. “They remember a lot about how they met and about various periods in their marriage. They finish each other’s sentences. There is a lot of emphasis on consensus and joint decision-making. And there’s a great deal of spontaneous expressions of fondness for one another.”

There’s more, too. Gottman pinpoints seven features of how-we-met stories that can provide crucial cues to the current state of a relationship. So the next time you and your honey find yourselves painting the picture of your lives together, here’s a few things you need to pay attention to:

In the telling of a marital narrative, a husband’s disillusionment is the single best predictor of impending breakup. So it’s a good idea for women to listen to what men have to say. Unhappy males let it be known that their current marriage is not what they bargained for. One disclosed, “I wish we had waited longer before getting married because no one told me how hard it would be. It was an emotional decision and not very rational.”

Happy couples frequently mention qualities they admire in their spouses. If your husband compliments your spunkiness or your wife mentions how proud she was when you got your law degree, you’re in good shape.

Fondness colors the words that we use. When asked about his wedding day; one husband commented, “It was super. Midge has never been so pretty as she was when she walked down the aisle in her white dress.”

Those with a positive view of their relationship also tend to minimize the bad times and emphasize the good. They remember the fun stuff, not the fights. “On our second anniversary we went up to the island. He spoiled me silly. All those walks to the pier were quiet and romantic,” one woman said.

Couples whose relationship is souring not only have a harder time recalling shared moments, their narratives are vague and unenthusiastic. It’s these spouses who don’t remember their wedding song and can’t recollect their first Christmas together. “The happy times are really small since we never have any money or time for each other,” one woman stated. “A few times with the kids or as a family and that’s about it.”

When criticism enters a narrative, it’s a bad omen. One particularly dissatisfied wife declared of her mate, “He hasn’t changed a bit. He still expects me to do all the laundry and the cooking.”

Since the negativity is retrospective, couples destined for a breakup may even argue over how they got together. One woman claimed that her husband came up behind her and scared her at a bar, while he insisted she wasn’t scared; he merely wanted to ask her to go for coffee.

“I thought he was someone else when he called and asked me out,” another wife remarked. “I don’t know why I was attracted to him.”

Talking about their marriage seems like fun to most couples, but it’s not very appealing for those in unstable relationships. Reticence about the relationship, then, is another bad sign. While spouses in a successful partnership are eager to tell their stories, those who will eventually split make comments like, “I keep things to myself. That’s the way I’ve always been and the way I always will be.”

Besides being upbeat and relaxed, happy spouses also reiterate their partner’s sentiments. When one husband commented that he and his wife took their time getting to know one another and building the relationship, she agreed: “Yeah, it was good quality time. Even now it’s good quality time. Being cautious really paid off for us.”

Although contented couples are not necessarily joined at the hip, seeing yourselves as a unit is not a bad idea either. Lasting couples use terms like “we” and “us” in their stories and describe their goals and decisions as collective. One troubled couple never once mentioned the word “we,” remarked Gottman. “The only time they ever referred to any plurality was when they talked about their children, they said ‘our children.’ It was very striking how little they were together.”

In these marriages, spouses may actually keep a partner from making statements that imply togetherness. If one says, “That was a very difficult period for us,” the other might reply, “Why don’t you speak for yourself? I enjoyed that time in our lives. I know you were unhappy, but I was very happy.”

Couples who are closely joined emphasize that they wanted to be together and still do. “We stood up together to ignore our families and do what we thought was right,” said one. “It didn’t matter what the Bible said, this was love.”

Partners in troubled relationships can’t hide the chaos; they tell stories that are full of unexpected problems and hardships. “Life has been rough these last couple of years. I’ve spent all my energy trying to keep food on the table.”

These couples speak of unemployment and unwanted pregnancies, disapproval from their families, and worries about money. They may say they married for reasons they can’t readily explain. When asked why he’d settled down, one man replied, “I grew up believing I’d have to marry someone.”

It’s not just what happens to us that informs our stories, it’s how we look at those events. Contented couples often have had the same experiences as couples in chaos, but rather than wallow in their sufferings, they glorify the hard times–reflecting their belief that the benefits of marriage still outrank the struggles. “It’s the hardest job you’ll ever have, but it’s worth it,” said one man.

As another woman recalled, “We’ve had intense experiences these last few years, not knowing if my husband had a job and losing some friends. We came through it. It was hard, but we made it together.” When listening to your own history, therefore, keep alert for sounds of optimism. It may make all the difference.

We all walk around with the stories of our relationship in our heads. These narratives constantly evolve based on our current emotions. In doing so, they affect both how we feel today and how we’ll treat our spouse tomorrow. They can indicate which of us are filled with regrets and which are looking towards the future with high hopes.

So go ahead. Describe that chance encounter or friendship-turned-romance that led to your nuptials. But this time, don’t just tell your story. Listen to it, too.

To strengthen the foundations of your own love story by learning how to resolve conflicts that may pull you apart and restore the kind of intimacy that holds you together, you may want to meet with a couples therapist who understands the psychology and dynamics of successful relationships. Contact us at the Montreal Therapy Centre for online or in-person couples counselling, family therapy or individual psychotherapy.