Home » Articles » Signs That You Are A Procrastinator 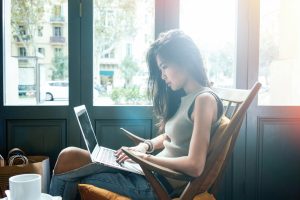 Have you ever left something extremely important for the last minute knowing full well that it needed to get done? Procrastination is the deliberate delaying or postponing of an action or task that must eventually  be done.   Most of the time, we know that ultimately we will be worse off because of the delay.

To some degree, we are all procrastinators. Approximately one-fifth of the adult population and half of the student population perceive themselves as being severe and chronic procrastinators(1). For some, it isn’t a major problem but for others procrastination is a source of considerable stress and anxiety and can be severely debilitating(2).

This behaviour can have negative consequences for performance, social relationships, and well-being (3). It really isn’t an issue of time management. Procrastinators are typically aware of what they need to do, even if they aren’t doing it, so getting the procrastinator in your life an agenda or recommending a new calendar app just isn’t going to work. Research suggests that there are different types of procrastinators, Mild, Average, Well-adjusted, Severe, and Primarily depressed.

If procrastinators are constantly stressed then why do they continue to do it? Procrastination is a complex psychological behaviour that is motivated by a few simple reasons:

Putting an end to this way of thinking means telling yourself the complete opposite every time you catch yourself putting things off. It takes PRACTICE and DOING. Behaviour is reinforced by positive rewards, which will happen when you realize you’ve finished something on time and stress free.

Sometimes however, there are deeper more complex reasons why people are chronic procrastinators. These reasons aren’t always obvious to the procrastinator and overcoming the root problem(s) may require some extra professional help.

Perfectionism: Those with unrealistically high expectations or standards who believe that everything must go right. These expectations may be imposed on them by others (parents, family, coworkers, etc.) or self-imposed. Perfectionists tend to criticize more than they praise. The perfectionist will pick at everything, may delay starting projects because they feel overwhelmed by the energy it will take to pick at something, and use words like should, ought, must, have to, etc.

Anger/Hostility: Procrastination can occur in response to anger or hostility towards someone, like a professor, a coach, a co-worker, a parent, or other loved-one. The task is delayed to spite someone or to get even with them however, the procrastinator always loses in the end.

Low Frustration Tolerance: Some people are very easily overwhelmed and tend to find situations intolerable or unfair to them. They are always the victim. They will tend to be whiney, complain a lot, feel that things are unfair or too hard and express how they feel they are the only person to have to do what they have to do. So, they put things off until they feel better except, they feel the same the next day.

Self-Doubting: This typically describes a person who continuously puts themselves down and tends to not believe  in themselves even when there is clear evidence that they are successful. The tend to believe that any achievements are a result of luck and have a hard time accepting praise or compliments for their work or their performance. This type of belief system leads to people procrastinating because they just don’t believe in themselves or their capability for certain levels of achievement. They are uncomfortable with success and will find ways to become less successful and less visible.