Home » Articles » Your relationship with your parents has a lasting impact on you. 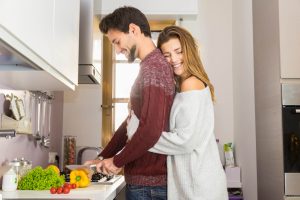 Have you ever wondered how your relationship with your parents may be affecting you in adulthood? Researchers have been interested in this question for quite a long time. The general consensus is that our early relationships with our parents have a tremendous influence on us that lasts well into our adult lives. Surprise, surprise. Poor parent-child relationships can even lead to symptoms of depression and anxiety. One way that this happens is through the development of insecure attachment styles ie., the ways we relate to others and our relationship dynamics as adults.

A secure attachment style, for example, is one that describes a person’s view of the world, and other people, as being safe. This would develop as a result of a child’s general needs being met throughout their childhood. The opposite is true for an insecure attachment style. This can lead people to be more inconsistent in their adult relationships, feel less capable under stress, and have lower self-esteem. This also puts children at risk for symptoms of depression and anxiety as adults. You can read more about attachment styles here. Of course, the relationship with our parents, however important they may be, are not the only relationships we enter into across the lifespan. So, how do our romantic relationships with others interact with those early negative experiences we may have had as children?

Researchers at Brigham Young University in Utah published a recent study in the Journal of Marital and Family Therapy that focused on knowing whether our romantic relationships as adults might override the negative impact on mental health that negative parent-child relationships have. They were also interested in knowing whether, what we think of our adult relationships and our partner’s behaviours can counteract the negative effects of those early experiences. Six hundred and eighty couples were recruited into this study and were asked a number of questions that measured views of their relationships with their parent(s), their views of their current partner, their own attachment styles, and measured their current symptoms of anxiety and depression. Over 90% of the couples in the study were in their first marriage, the remainder were re-married. The average age of the couples was about 31 years old. These couples were within their first 5 years of marriage.

Did the type of relationship in adulthood change anything about the negative effects from the parent-child relationship? Unfortunately, no. The study found that whether husbands or wives perceived their partner’s attachment behaviours to be positive or not had no effect on their own levels of depression and anxiety. This suggests that the early parent-child relationship has a stronger influence on mental health in adulthood than the relationships that follow. The researchers suggested however, that the lack of any effect could be partly due to the relatively short length of the relationships of the couples in the study. They theorise that in new relationships, particularly for those with insecure attachment styles, being with a securely attached partner requires more time to have a major influence on symptoms of anxiety and depression.

Knowing this, if you’ve had a difficult relationship with your parents during your childhood, it is important to acknowledge any difficulties you may be having as a result. Research confirms what you may already know, but it does not imply that improvements in your overall mental health and relationships can’t be made. Working with a licensed mental health professional to tackle some of the lasting effects of your relationship with your parents is a good way to start moving forward.