Home » Articles » What You Need to Know About Suicide 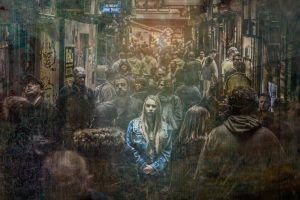 In the last year we’ve seen a number of famous artists die by suicide. This year alone, the tragic deaths of celebrity chef, Anthony Bordain and designer, Kate Spade, have brought the topic of suicide into the spotlight again. It has resulted in more media attention on suicide hotlines and highlighting the help available for anyone contemplating suicide.  Open dialogue about mental health is crucial so that we can recognize the warning signs when someone we care about is at risk.  It is important to understand what suicide is, why people contemplate suicide, and how we can spot the early signs of suicidal thinking.

Suicidal behaviour is intended to cause harm and death. People with suicidal ideation experience thoughts, considerations, and sometimes even make plans about suicide.

Thinking about suicide is actually much more common than suicide itself. A person who feels extremely overwhelmed with work, family, school, or life in general may think more about death or about taking their life even if it’s only for a brief moment or even if they aren’t completely serious about it. In some instances, a person may think about being involved in an accident or not waking up in the morning. In other cases, a person may be more active and think about how they would commit suicide or when or where they would do it. Whether these are half-hearted thoughts or more active ones, these thoughts need to be taken as signals that something is not going right in a person’s life. According to the Canadian Psychological Association middle-aged and older men have the highest rates of suicide in Canada and it is the second leading cause of death in 15 – 34-year-olds.

What are some signs and symptoms of suicidal thinking?

There are several signs that we need to be aware of when talking to colleagues, friends, and family. Although these signs may not mean that a person is actually going to commit suicide, the following list includes red-flags that may tell us someone we know is going through hard times and may be suffering emotionally. Noticing one or more of these signs should encourage us to have open and non-judgmental conversations with people about what they are experiencing and we should encourage them to seek professional help if they are feeling overwhelmed. Shaming or judging others about their thoughts or experiences doesn’t help. Talking about suicide does not give people the idea, in fact, talking about it openly helps to remove the stigma surrounding the subject and may encourage others to be open with you.

Here are the most common warning signs based on the National Institute of Mental Health:

If you are concerned that someone you care about may be at risk of attempting suicide: