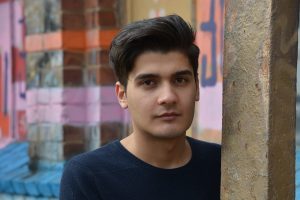 On this World Refugee Day that acknowledges the plight of refugees across the globe (#World Refugee Day) it is important to think about the experiences that refugees endure while resettling into their new lives and the consequence of this experience on their mental health.

There are a number of negative events that are associated with being a refugee including imprisonment, torture, malnutrition, physical assault, extreme fear, rape, and loss of property. One event in particular is consistently reported by refugees, and one that is particularly important from the perspective of couple & family therapy, is family separation. Refugees very likely experience trauma. This includes the fragmentation of families and in many cases the death of loved ones. It is not surprising then that many studies report finding symptoms of posttraumatic stress disorder (PTSD), major depression, suicidality, and anxiety in refugee populations.

A recent study conducted by researchers from the University of New Mexico and Michigan State University aimed to understand the particular impact of family separation on refugee populations. Pointing out that the concept of “family” varies across cultures (non-Western cultures having a broader definition) the authors explain that Muslim families for example often conceive of core family members from up to three or four generations. According to the researchers, this is important in understanding the impact of family separation given that refugee programs often resettle only nuclear family units (parents and children) and reunification programs for families are limited, sometimes requiring a DNA test or official papers to prove that family members are, in fact, related.

The purpose of this study was to explore refugees’ perspectives on their experiences of family separation, it’s impact on their mental health, and how that impact plays out in their daily lives. The researchers also wanted to understand the particular importance that family separation has on refugee mental health in comparison to other stressors.

The study included refugees that had been resettled in the United States within 3 years of when the study was conducted. It included 165 participants who were interviewed and given questionnaires to assess both their perspectives of their experiences and the relative impact that family separation had on their mental health and psychological well-being.

Family separation that came from resettling in a new country was a major source of distress for refugees and was described in a number of ways:

The study concluded that the findings are a confirmation of the major impact family separation has on mental health. The authors explained that it is a stressor and a temporal process with no predictable end for many families which is exacerbated by resettlement in far away countries. For professionals and non-professionals alike who are working with refugees, taking this knowledge into account is incredibly important for helping them cope with the impact of family separation and increasing psychological well-being.

Mayte Parada is a coordinator at the Montreal Therapy Centre, has a doctorate in Psychology from Concordia University (2013) and is a recent graduate of the Couple & Family Therapy program at McGill University (2019).